Snow Land Light Education is a charityboarding school in Kathmandu, the capital of Nepal. Most of the children weresent here at a very young age, from a very remote region called Dolpo. Theyhave lived and study in the school for more than 10 years. However, they haven’tbeen home again ever since. Neither have their family come to visit them.Luckily, the warmth of the school, including teachers and fellows, make themfeel at home.

Upon graduation, they had a three-monthholiday so they would go back to their hometown. The film particularly recordsthree students’ journey. They walked an extremely long and hard journey butfinally reunite with their family. And it was the first time for them toexperience and learn the tradition and custom of their hometown. 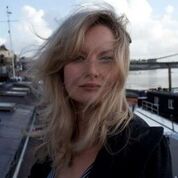 Zara is a director and producer with 17years experience in all forms of documentary and content. She has won awardsat  film festivals including Berlin (PrixUIP, Best European Short Film), London, European Film Awards and CreativeReview. Children of the Snow Land is Zara's first feature documentary.

Marcus is a director and producer with 19 yearsexperience in broadcast television and digital communication. He has a RoyalTelevision Society nomination, won an MTV and a Grammy Award, and has devisedthree major TV series. Children of the Snow Land is Marcus's first feature documentary film.