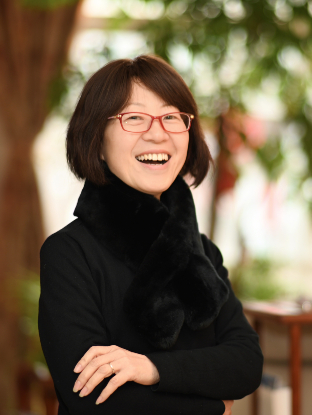 Jury Chairwoman Graduated from the Journalism Department of Fudan University, Mrs. Liang Hong is now a senior editor and the Director of China Media Group Documentary Channel. Many of the works she has produced, including (Dabbah Is Singing), (Variine of Love), (Wang Pinlan’s Migration), and (Into the City), have won awards at national and international documentary festivals. She has also created an impressive list of programs that have had a profound impact on China’s TV industry, such as (Story) and (Psychological Interview). She headed the team that developed and produced major cultural programs, such as (Chinese Poetry Contest), which received a number of TV awards and great social acclaim. Liang Hong is the mastermind and producer of (Looking for the Most Beautiful)…series, including (Looking for the Most Beautiful Village Teachers) and (Looking for the Most Beautiful Village Doctors). In 2016, she put forward the idea of ’Telling Chinese stories in an international way and expressing Chinese values with a global view’, which has guided the production of a number of outstanding documentary series. Among them are (Aerial China), (Every Treasure Tells a Story), and (Big Pacific)./With her great contribution, innovative perceptions, and global view, Liang Hong has won great recognition in China’s TV industry. She has received many honorary titles such as the ‘Top 100 Producers of China’, ‘Top 10 Contributors of the State Administration of Radio, Film and Television’, ‘CCTV Women of Excellence’, etc.